A woman in Houston, Texas, stood in a Harris County courtroom to face a felony charge of Deadly Conduct – Discharging a Firearm Recklessly. Reports stated the child suffered non-life-threatening injuries from the incident and expected to recover. It is essential to ask if there is anything we can learn from this incident. And there most definitely is. 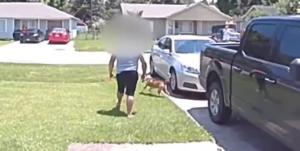 How Did the Woman Shoot Her Son?

Here is what we know about what happened. A woman called Angela Vargas, her 5-year-old son, and another family member were on a bike ride through their neighborhood. The group rode past the house of a neighbor who owns a boxer puppy called Bruno. The unrestrained Bruno ran off the property and crossed the street toward the Vargas family.

Apparently fearing that the dog would attack her son, she drew what police reported to be a “small-caliber” handgun and fired 3 shots in the direction of the dog. No shots from Vargas hit the dog. Unfortunately, bullet and or pavement fragments stuck the child and dog, injuring them both.

In addition to Vargas’ felony charge, the dog’s owner was issued a Misdemeanor summons for failing to restrain his dog. 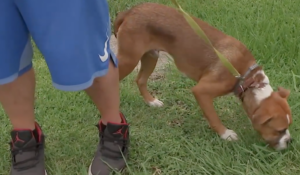 I am not a criminal defense attorney, and I am not going to weigh in on determining if Vargas was justified in her use of force. For those of you who want to dive into that argument, here is the relevant statute from the Texas Penal Code:

(a) A person commits an offense if he recklessly engages in conduct that places another in imminent danger of serious bodily injury.

(b) A person commits an offense if he knowingly discharges a firearm at or in the direction of:

(c) Recklessness and danger are presumed if the actor knowingly pointed a firearm at or in the direction of another whether or not the actor believed the firearm to be loaded.

(d) For purposes of this section, “building,” “habitation,” and “vehicle” have the meanings assigned those terms by Section 30.01 .

After all, isn’t the protection of life the whole reason for using the firearm, to begin with?

We don’t save people by using a gun with “good intentions.”

Before taking a shot or deciding to use deadly force, we need to know our limitations and calculate the odds of our actions causing more bad than good. 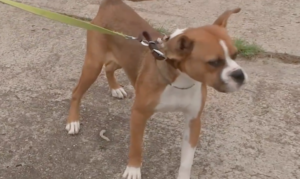 Unfortunately, most people don’t honestly know their skill level when using a firearm for self-defense. I am not even saying you need to be the best shooter. You just need to understand what you can and can’t do with the gun.

I can’t know for sure, but I will bet the woman in the story never practiced shooting at a moving target. Let alone one the size of a small dog. Think she ever shot her gun while straddling a bicycle? Shot multiple rounds while under the stress of thinking a dog was about to maul her child to death?

We Need to Be Honest With Ourselves:

Why should we expect a good outcome in a situation like this when we have never exposed ourselves to anything remotely similar to the physical and physiological factors of the real deal? 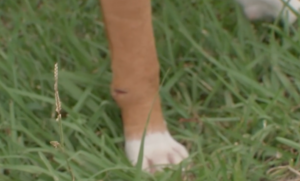 I am not attacking this woman. God knows the horror of shooting her child is enough to bear. But we must realize that simply having a gun doesn’t make you safe. When someone with no training successfully defends themselves after doing all kinds of things wrong, it’s not a justification to not train. It should be a moment to reflect and thank God that they survived DESPITE their actions.

I’ll throw this out to those of you who are still reading. Do you carry any trauma gear when you are out and about? What if the child’s injuries were more severe? Would you have the tools not only to make the holes but to patch them up in the case of a tragic error? Consider this Emergency Trauma Response Course from Mountain Man Medical. You may save someone’s life with the information presented.

Resources To Help You Know Your Limitations and Improve:

If you want to evaluate your defensive handgun skills, check out this article. It is a self-evaluation that exposes the fundamental skills necessary in typical defensive gunfights.

I also suggest checking out our brand new Shooting Fundamentals Course. This class is not just for beginners. The course is comprehensive in its approach to applying the fundamentals of shooting in a self-defense context.