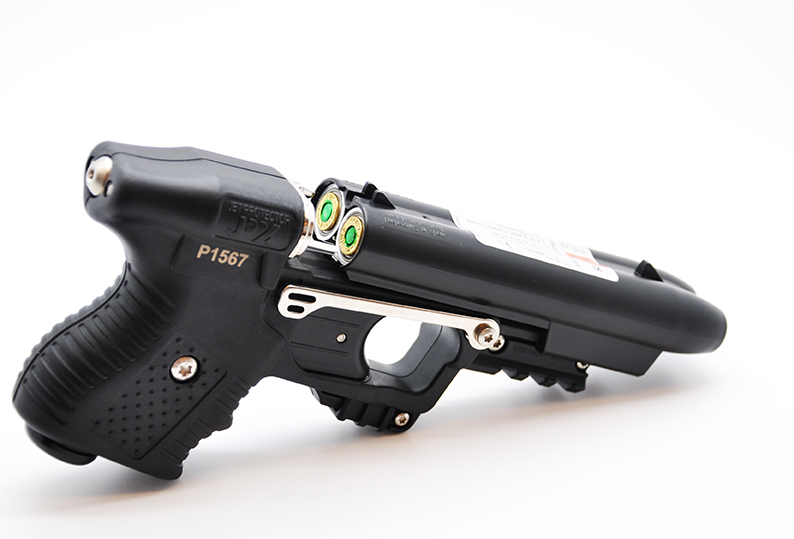 Texarkana, Texas—A man has been arrested after being held at gun point by an elderly woman in Texarkana on Saturday.

According Texarkana Texas Police Department (TTPD) officers responded to the 400 block of West 29th St. of a call from an elderly woman who said she had a man at gunpoint in her home.

She told dispatchers she had heard odd noises coming from her bedroom and after going to investigate, she discovered 42-year-old Jeremy Griffin hiding next to the bed.

By the time officers arrived, however, Griffin had managed to escape the homeowner and ran from the house into the backyard. Officers where able to subdue him using a JPX pepper gun as he attempted to climb over the backyard privacy fence.

After searching the residence, officers discovered a possible clue to his objectives in the elderly woman’s home, a kitchen knife he’d taken from the victims residence and concealed under the bed where he’d been hiding.

“The really scary part was that we found one of the victims’ kitchen knives under the bed where he was hiding. We don’t know what his intentions were for having the knife but know that he certainly did not belong in the house for any reason,” TTPD said on Facebook.

The victim told officers she had known Griffin some time ago and had let him live at her home for a while to help him get his life together before kicking him out when he became involved with drugs.

She went on to say Griffin had tried to break into her home multiple times since then. Law enforcement officials report having arrested Griffin a total of 12 times previously in Bowie County and have charged him in his 13th arrest for burglary and evading arrest.

Griffin will also answer for an outstanding warrant when he failed to appear in court for another misdemeanor charge. He is being held on $21,500 bond at the Bi-State Jail.

Good home defense is planned, prepared, and trained for. Click here for Complete Home Defense – Tactics For Defending Your Castle.