Join Our Newsletter
Shop Our Store
MAIN MENUMAIN MENU
By Jacob Paulsen on April 5, 2017 in News 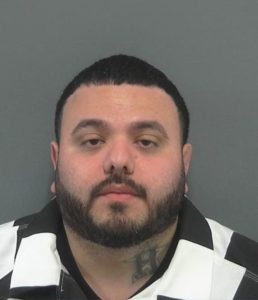 Two masked men attempted to abduct a woman outside of her home in Spring, TX last Friday, but instead of arresting the criminals, the Montgomery County deputies ended up arresting the woman’s fiancé who came to her rescue.

Her fiancé is Jeremiah Morin, also of Spring. According to reports, Morin ran outside as the masked men were attempting to kidnap his fiancé with his firearm and began shooting at the men as they ran away from the subdivision near Elan and Birnham Woods Drive.

Nearby neighbors who witnessed the ordeal said just before noon he saw the men run up and grab his neighbor.

“It was strange. Just out of the blue attack on her,” one neighbor said. “This was a gunfight at the O.K. Corral stuff. There were 10-12 shots fired.”

Much to the confusion of neighbors and the victim, deputies arrested Morin, saying he is affiliated with a gang and charging him with a deadly conduct with a firearm. They allege he shot recklessly into the neighborhood while aiming for the attackers.

In a statement, the sheriff’s office said, “During the entire investigation, Detectives with the Montgomery County Sheriff’s Office Major Crimes Unit were met with resistance and a lack of cooperation from the victim and Morin as to the motive and details surrounding the attack.”

“She’s very lucky that he came out and had a pistol and he was able to defend her,” another neighbor said.

Morin’s fiancé denied that he is involved in a gang and said she’s outraged that he was arrested, while the masked men got away.

What do you think? Should Morin be in jail? Let us know below.