Join Our Newsletter
Shop Our Store
MAIN MENUMAIN MENU
By Jacob Paulsen on September 16, 2016 in News 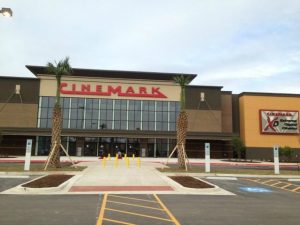 At the Pharr Town Center’s Cinemark movie theater, a Texas border law enforcement official had been carrying his service pistol and badge concealed. When the cop was putting his wallet in his pocket, he momentarily displayed the handgun and badge around his waist. At that point, the theater management whose names were only released as Mrs. Vega and Mr. Scott demanded that the police officer disarm.

“They had stated that they had the authority under the posted 30.06 and 30.07 sign to ask him to disarm or leave,” a prepared statement from South Texas Sheepdogs revealed.

The comment refers to Texas law that prohibits the carrying of firearms by civilians with a license to carry in private business with those signs. However, the sign does not apply to Texas peace officers. The law enforcement official went back to his vehicle to drop off his weapon and badge in order to be able to watch the movie with his family.

After hearing from a statement made by the officer, members of South Texas Sheepdogs posted the information on their Facebook page and began to communicate to other pro-law enforcement pages nationwide to spread word about the incident in Pharr. Over the 9/11 weekend, the Facebook post by South Texas Sheepdogs had more than 66,000 views.