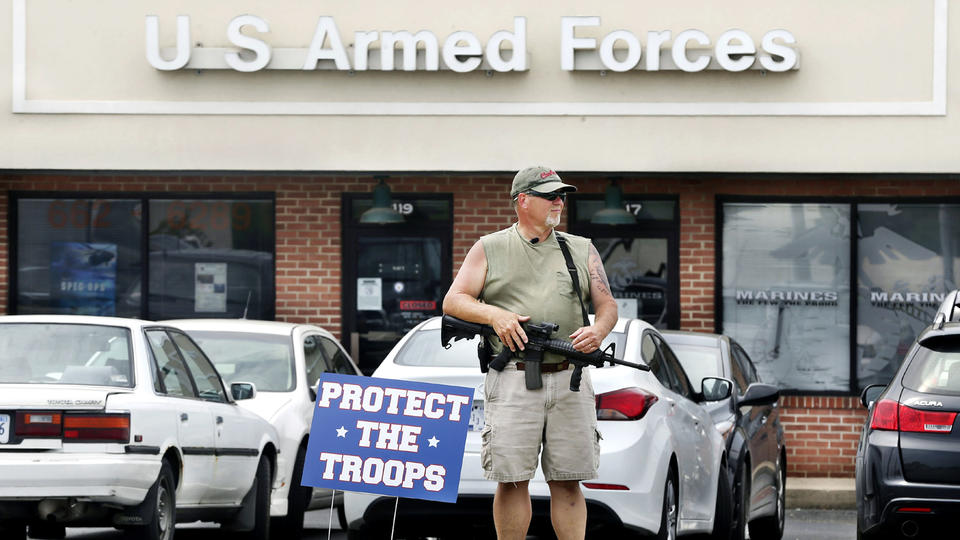 Photo by the Associated Press

The recent shooting in Tennessee has our nation highlighting the rules and regulations surrounding active duty military in regards to their right to bear arms. Currently it can be difficult to impossible for service men and women to store, carry, and access a firearm on military bases and in military buildings such as the recruiting center and operational support center highlighted by the Tennessee shooting.

The only real way to make significant change is to work at the federal level since our military installations are regulated by federal law and administrative rule. Despite this, many states are taking actions to do their part to help our service men and women.

Here are some of the reports of what some legislatures are doing both at the national and local level:

–Concealed Weapon Licenses Fast-Tracked For Military By State of Florida