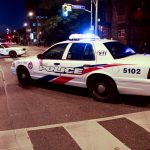 An ill-advised rap video made around March of this year by a Huston Texas gang has led to the arrests 11 members, with a further 9 still wanted for warrants. Police were originally called to Lakewood Park for reports of men brandishing guns. When they arrived, most of the extras of the music video fled […]