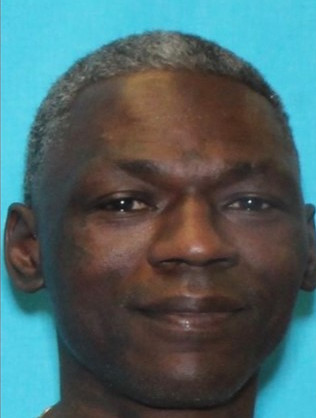 A woman in her home alone in Kaufman County, Texas, shot and killed a man who kicked down her door Thursday morning.

The woman told detectives she was awoken by a man banging on her front door at around 09:45 a.m. When she went to investigate, she wisely decided not to answer the door as she was not familiar with either the man, or the red truck he’d arrived in.

When his ruse to get her to open the door failed, the man then went around the house and began to kick in her back door. The terrified woman dialed 911, got her home defense gun, and attempted to hide in a closet.

Before the police could arrive however, 46-year-old Mikusunila Makwangwala from Dallas found her hiding place. Fearing for her life, the woman shot and killed Makwangwala, who was pronounced dead at the scene after officers had arrived.

No charges are to be filed against the homeowner, as Kaufman County Sherriff Officials agreed she was defending herself and will not be filing any charges against her in Makwangwala’s death.

Amanda Baber, who is a nearby neighbor, told CBS DFW:

“Praise God that she had the means to protect herself and that she had the strength to do it,” she said. “Because in situations like that you can get pretty fearful and tend to clam up and not know what to do.”

Baber went on to say that the incident is unnerving to have occurred in an area she’d originally thought of as safe:

“I’m like shaking right now,” she said, “I seriously still can’t believe that this happened. And I heard this morning the helicopters roaring around, and I thought it was a little but weird.  But the fact that you told me it happened so close to here, I mean it’s kind of crazy, feels so country, and it’s pretty much the reason we moved here.”

The homeowner in this situation appears to have done everything right to avoid having to kill someone who unlawfully entered her home. She did not answer the door when she didn’t feel right about the man standing outside her home, she dialed 911 as soon as he began kicking down her door, and she attempted to hide and barricade herself in a closet.

But in the end, she still needed a firearm to defend herself from a legitimate threat. Do you have the skills to defend yourself from home invaders? Click here for Complete Home Defense – Tactics For Defending Your Castle, and here, for a course on how to deal with the all too common Door Ambush.

What do you think of this self-defense shooting? Leave a comment below to let us know.