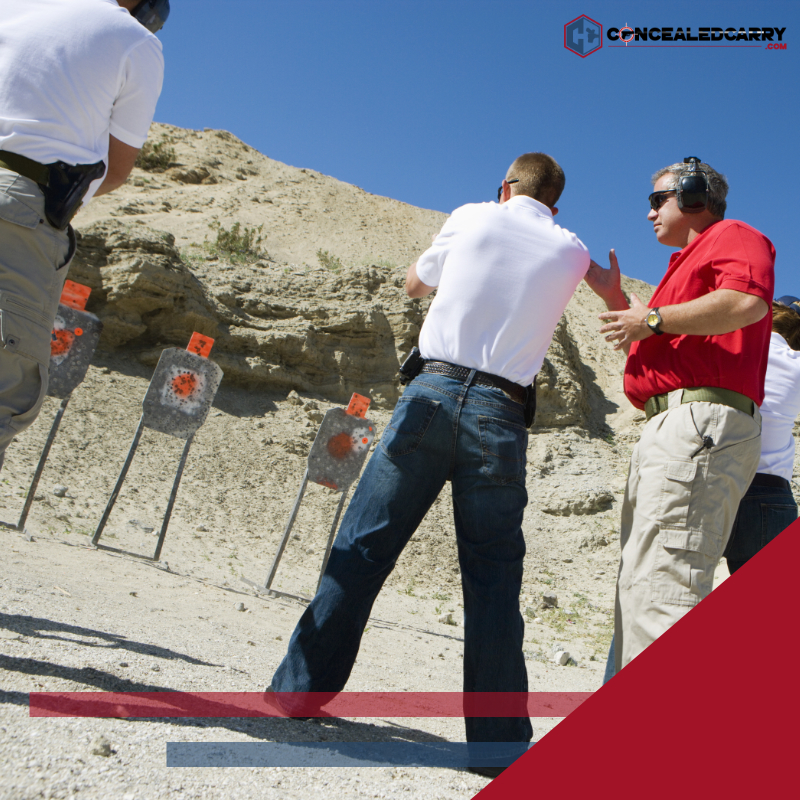 A Huston gun range has banned the return of two men after one held a gun to the head of the other for a poorly calculated selfie.

One of the men brought his personal weapon to the range for he and his buddy to shoot, according to the range. Then the two were given the ranges safety protocols before being allowed onto the range.

In surveillance footage at Top Gun Range, the two men can be seen setting up in the booth of one of the shooting lanes.

Then one man begins posing with the gun, holding it to his chest near his face. His finger appears to be on the trigger.

A nearby Rang Safety Officer (RSO), who was teaching a class at the time, saw what was happening and jumped on the man with the gun as soon as he placed it to his friend’s head for the picture.

He forces the man’s hand down to the booth table, clears the weapon, then escorts the two men off the range.

“(The RSO) caught it, took the weapon, cleared it and escorted them off the fire line immediately.”

The fact that the two men were posing for pictures was not the issue here. It was the blatant disregard for safety of the man’s friend, and others on the range.

“Taking pictures is OK, but you just have to do it safely,” Harrison added “you have to assume every firearm is loaded. You don’t want to point it at something you want to destroy, and he was pointing it at his friend’s head.”

For their blatant disregard for safety, the two men have been permanently banned from the range.

The RSO who stopped the men had the situational awareness which comes from being around armed civilians daily and performed his job admirably in the situation.

Stay close to the firearm safety rules to ensure no one is injured or killed while taking those seemingly mandatory selfies:

Always keep you finger off the trigger until ready to shoot.

Always keep the muzzle in a safe direction and do not point the gun at anything you are not willing to destroy (like your friend’s head.)

Always be sure of your target and what is beyond it.

And finally, treat all guns as though they are loaded.

The weapon in this situation was unloaded, but that doesn’t mean these men could ignore every one of these simple rules and endanger each other and those around them.

What do you think of this situation? Was the RSO right to stop these men and ban them from the range? Leave a comment below to let us know.