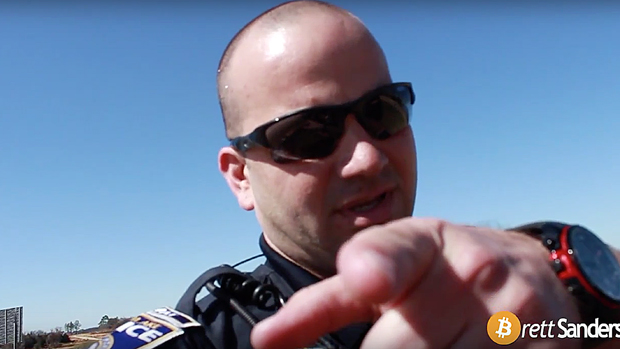 This is one of those news stories for which I’m a bit torn. Let me explain what happened…

To the officer’s credit he did fairly well. He didn’t through any fit about the gun, but did request to see the permit. He seemed mostly concerned about the gun owner’s safety, standing on the side of the highway. The officer stated that standing on the side of the highway is illegal but so far I haven’t found any law that confirms that. The officer also seemed to be under the impression that the gun owner was legally obligated to show or provide the permit upon request. That is a little less clear based on Texas law.

So, why my mixed feelings? I felt that all around law enforcement acted very reasonably even telling the gun owner that he liked it when citizens video or audio record officers. Didn’t put him off at all. That said the officer was not perfectly clear on the law and may have been out of bounds to make the arrest.

The gun owner on the other hand is an open carry political activist. This was one of those, because I can I will kind of things. His actions were perhaps not safe and his refusal to provide his permit even after being asked, despite being perhaps legal, wasn’t smart or respectful. I feel strongly about the need to be respectful with law enforcement.