Join Our Newsletter
Shop Our Store
MAIN MENUMAIN MENU
By Jacob Paulsen on August 4, 2015 in Firearms 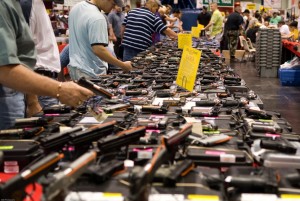 One of the questions I am asked most often is, “What is the best gun for concealed carry?” Well, if you have been around me much and asked me this question, you know already that your best bet would be to pour a cup of coffee and pull up a chair because my answer will be long and probably leave you with more questions than you had to begin with. However, in order to answer the question of you have to ask yourself a plethora of questions; because, as you will see, there is no one perfect gun. What works best for you is based on a long list of topics to consider and balance before ultimately deciding which gun to purchase. In this article, I will help those who are on the path to choosing a concealed carry handgun for themselves. Let’s be clear. In this article, I will not be advocating a particular handgun, or even a particular brand. Instead I want to present the criteria you should be considering, and then you can take these considerations and find what fits you best. Let’s break down the considerations into four major topics: manufacturer, caliber, size and weight, and function.

With the number of firearms manufactures, there is a handgun for everyone’s budget. While some manufacturers produce higher priced handguns, most manufacturers make handguns in various price ranges. When looking at price, understand that the old adage, “You get what you pay for” holds true in many instances; however, there are quality firearms that are priced surprisingly reasonable. Personally, the “off brands” selling handguns for $100-$200 are the ones I would stay away from. Reliability is something you do not want to sacrifice in a personal defense/concealed carry gun. By no means am I saying all the “off brands” handguns are garbage, but the reliability can be hit or miss, and when your life depends on it you don’t want to risk having one of the manufacturers “misses.” Most manufacturers offer lifetime warranties on their firearms; however, dealing with different manufacturers’ warranty programs can result in different experiences. Finding replacement or repair parts for off branded guns can be challenging and a simple fix may turn into a game ending problem if a replacement cannot be found. Additionally, finding aftermarket accessories for certain manufacturers is easier than others. When purchasing aftermarket items like grips, holsters, tac lights, night sights etc., you always want to go with something specific for your firearm. Getting a one size fits all holster or grip, is not preferable to a holster that is designed to fit your firearm exactly.

Consideration of caliber is a factor that can really narrow down the selection process into a manageable list of contenders. The problem is, often times the caliber topic gets convoluted with misconception, opinion and rumor. Without going into a full on conversation on ballistics, I want to present some facts related to ballistics and caliber. We have all probably heard of stopping power. Well sorry guys and gals, there is just no such thing as stopping power. The laws of physics just do not allow a bullet weighing a few grams, to pack enough kinetic energy to stop a human being. With today’s advances in ammunition production, the ballistic differences between a 9mm and .45 self defense round are minimal and both perform exceptionally. In other words, if you feel you have to carry a .45 caliber round because that is the only one that will produce enough stopping power, please do some research on ballistics. All credible sources will point to shot placement, and not caliber as the deciding factor on the ability for a handgun round to deter a threat. On a side note, .22 ammunition historically has not been favorable for personal defense. The reason does not lie in its ballistics, rather in it’s production and reliability. The rimfire cartridge is just not as reliable as the center fire cartridge in design. Another consideration when choosing caliber, is the cost of ammo. Ammunition prices vary based on caliber, and hopefully you will be routinely training with this firearm. If the cost or availability of your training ammunition prohibits you from training, this can be a serious issue. Some guns require premium ammunition to function correctly. Just like a car that only runs on premium gas, this can be an ongoing hidden cost that you should be aware of when making your decision. Caliber is a factor in the recoil of a handgun, but only part of the equation. The larger the caliber or the heavier the bullet, the more pressure will be needed to propel that bullet at optimum velocity. This theoretically should result in more recoil. Partially yes, but the size and mechanics of the gun actually are bigger influences on recoil. Recoil is an important factor in a self defense gun. The reason is that being able to manage recoil and stay on target for follow-up shots is critical in a deadly force incident. If you cannot manage the recoil, you are relying on one shot to end the incident, which is far from ideal. Caliber of the handgun also influences magazine or cylinder capacity. The number of rounds you decide to carry is based on your personal preference; however, if looking at two guns of similar size, you will be able to carry more rounds with a smaller caliber.

When considering a concealed carry handgun, people often look to size and the ability to actually conceal the handgun as a deciding factor. Obviously it goes without saying that a smaller handgun will be easier to conceal. However, there are major differences in how the gun performs when it comes to size. As stated above, size is a huge factor in how recoil is felt. In the case of semi automatic pistols, the larger the gun, the larger the recoil spring, and thus, the ability for the gun to absorb much of the recoil. The size also is directly associated with weight. When looking for a handgun to conceal, you have to carry a gun that you can practically conceal and that is comfortable. If you are unable to conceal the gun, or it is too heavy and uncomfortable, you will not carry it and it will be useless. The size of one’s hand is something that cannot be overlooked. Choose a gun that feels good in your hand and allows your trigger finger to fall in a natural position on the trigger. If you have to reach for the trigger or if your finger is so long that it falls poorly on the trigger, you may want to consider something else. Based on the means and location you decide to carry your handgun, you may be able to carry a slightly larger handgun. Steel vs polymer..which is better? Steel guns obviously are going to weigh more, but the steel absorbs recoil better than polymer. Yet another consideration to weigh.

I believe function is probably the most overlooked criteria people consider when choosing their concealed carry handgun. An understanding of the basic mechanics of handguns allows one to understand why it is important to choose a gun that fits your specific functional needs. For example, what is better: a double action handgun, single action, double action only, revolver, semi automatic etc.? Well let’s first start with the differences between revolvers and semi automatics. Yes, revolvers can be an outstanding choice for a concealed carry gun (provided it fits your needs). Revolvers are extremely simple to operate, and rarely malfunction. They do not require magazines, safeties, racking a slide and do not rely on extractors to keep the gun functioning. The calibers available for revolvers are plentiful and they can be economically priced. However, drawbacks to a revolver are the low capacity and the fact that your hand and arm is the weapons buffering system. Meaning, you bear the full recoil of the gun. Additionally when considering a revolver over a semi automatic, the trigger pull must be a consideration. Single-Double… well it depends. Double action handguns rely on the trigger to perform two actions, cocking the hammer and releasing it. This causes the double action trigger to require more pounds of pressure to fire the cartridge. Some shooters prefer this trigger pull for their concealed carry gun because it requires the shooter to take the deliberate and conscious action of pulling the trigger, potentially saving the shooter from accidentally pulling the trigger during a high stress incident. A double action only trigger pull is often found on revolvers and semi automatic handguns without an external safety. A single action handgun’s trigger pull is light and sharp, requiring very little pressure. Often these guns are carried “cocked and locked” with the hammer back and the weapon’s external safety engaged. This way of carrying is not more or less dangerous in its design; however, the addition of the external safety requires the shooter to train in order to take the handgun off safe when drawing it from the holster. Without training, this can be something that becomes a hangup in a high stress incident. Lets talk about striker fired pistols for a minute. Many of the pistols being produced today are striker fired. This refers to a type of pistols whose action consists not of a hammer, but rather, a spring loaded striker to activate the primer. These guns are categorized as double action; however, their trigger pull is very light, more similar to a single action pull. What about choosing a handgun with an external safety? Is it necessary? I will tell you this: an external safety is a mechanical device that can fail just like anything else. If you rely on an external safety as your insurance to keep you safe from a negligent discharge, I would suggest you practice your weapons safety skills more before carrying. An external safety while necessary on certain guns, is an optional feature on some and it’s benefit is based on personal preference. Remember a mechanically sound gun will not fire without manipulation of the trigger, with or without an external safety present. No matter how many safeties are present on a handgun, if the owner is not safe the potential for problems exist. There is an issue when speaking of function that is very important. For those shooters who are lefties, the function of the gun is critical in making a decision. It is important to ensure that the magazine release or if present, the safety, is ambidextrous. Several manufacturers make ambidextrous safeties and magazine releases to accommodate left handed shooters. There are also a few left handed revolvers out there. Yes, believe it or not revolvers in which the cylinder release is on the right side of the gun and the cylinder opens to the right, are available for you left handers.

You may have noticed a glaring omission to the factors I have included in this list. I will include it down here after all is said and done. Some guns’ appearances have that wow factor: polished stainless, colorful handgrips, texturized portions of grip, sleek styling, etc. These are without a doubt, hard to not take into consideration. However, I would allow this to be a deciding factor when all other factors have been weighed and considerations have been made.

Good luck with choosing your first or next concealed carry handgun. There are so many guns to choose from, but now you can have confidence that you have the knowledge to choose a gun that is just right for your needs and lifestyle. Good luck and stay safe!